This article was originally published by Common Edge as “Sarah Williams Goldhagen on How the Brain Works and What It Means for Architecture.”

Sarah Williams Goldhagen has taken a big swing. Her new book, Welcome to Your World: How the Built Environment Shapes Our Lives, is nothing less than a meticulously constructed argument for completely rethinking our way of looking at architecture. A longtime critic for The New Republic and a former lecturer at the Harvard Graduate School of Design, Goldhagen has taken a deep dive into the rapidly advancing field of cognitive science, in an attempt to link it to a new human-centered approach to the built world. The book is both an examination of the science behind cognition (and its relevance to architecture), and a polemic against the stultifying status quo. Recently I talked to the author, who was busy preparing for a year-long trip around the world, about the book, the science, and the state of architectural education.

Martin C Pedersen: Your book argues that the built environment has a profound impact on people’s lives. I agree. And, yet, given the state of architecture today, you wouldn’t know it. Not just with what’s on the ground, which you write about very eloquently, but also the greater perception. We’re surrounded with architecture, and yet it’s stunning the extent to which we’re oblivious. What’s that disconnect about?

Sarah Williams Goldhagen: I’ve thought a lot about this. When I started writing criticism for a general audience, one of my earliest articles was on why most of the built environment, particularly in the US, was so bad. Economics is only part of it. More important is that people don’t value the built environment and fail to appreciate how it’s affecting them. People can gravitate to spaces, for example, that may not be psychologically good for them. Research shows that when we habituate to something, whether it’s an environment or a pattern of buying, we tend to prefer that pattern, even if we’d be better off with something else. This gets at one of the book’s main arguments, which is that most of our experiences in the built environment are nonconscious. I use that word quite specifically. It’s not unconscious, because that suggests something that we’d be unable to access. Nonconscious refers to cognitions that we could access consciously, but mostly don’t.

Most of our cognitions fall below the radar of conscious cognition. If we stopped to focus on them, we could become more aware of them. A good deal of cognition—some experts put it as high as 90 percent—is nonconscious. So, if you’re not aware that something is affecting you, then society’s failure to accord built environmental design the immense value that it deserves makes some sort of perverse sense. As it is now, there’s this mass of buildings of which we’re only dimly aware, and then there’s the occasional piece of architecture, which is essentially a luxury good purchased by elite clients. But what we now know about cognition and human experience demonstrates that this cannot stand as a paradigm. There’s no such thing as a “neutral” environment: your built environment is either helping you, or it’s hurting you. 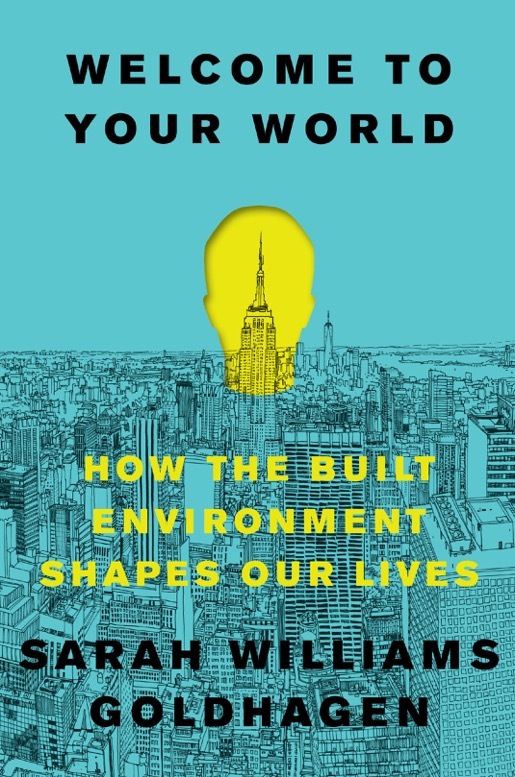 MCP: You cite a lot of studies in the book. But the science and research around the built environment that I’ve come across is pretty thin. Where did you find, what I’m guessing, is better science?

SWG: It’s an excellent question. Most of the research that directly pertains to architecture and landscape happens in environmental psychology. But that’s not a field that so-called hard scientists take very seriously. It’s difficult to conduct verifiable, reproducible studies on the built environment because you can’t sufficiently control for all the factors. There is good work out there, but this is the challenge that researchers of the built environment face.

When I started working on Welcome to Your World I knew that from new imaging technologies we were learning a lot more about how the brain works than we’d known even one generation before. Our understanding of how memory works has radically changed in last 20 years; our understanding of spatial navigation has been revolutionized. I could go through the list. Brain mapping is reliable, albeit rapidly developing, science. Most of the studies that I clawed through didn’t have much to do with the built environment, per se. They focused on human cognition and perception. In many cases, I was the one making the links: these scientists weren’t specifically researching the built environment. I was the one who was sitting there, knocking my head against these studies, thinking: OK, what does that mean for how we understand the built environment?

MCP: Where’s the specific link between cognition and the built environment?

SGW: The easiest example relates to long term memory. There was a famous experiment published in 2009 called the London Taxi Drivers study. To be a cabbie in London, you basically have to memorize the layout and street names of the entire city. Acquiring what’s known as “The Knowledge” takes between two and four years. So the researchers did FMRI scans of the cabbies in training before they started building these detailed cognitive maps of the city, then scanned their brains again, once the cabbies had passed the test. They discovered that an area of the brain called the hippocampus had grown enormously. That was a significant finding, in and of itself, because it meant that even in adulthood, the brain changes. We used to think that people’s brains develop and change until they reach maturity, around age 21; then, you more or less had what you had. This and subsequent studies provide concrete evidence that our brains change as we learn, and that one of the properties of the human brain is neural plasticity. And that brain is changing in part in response to your environment.

Now, the other fascinating part of this is that the hippocampus is the area of the brain in which we consolidate long term memories: It controls spatial navigation, and contains what we now know to be place recognition neurons and even building recognition neurons. What this means is, you can’t develop a long term memory that doesn’t contain something of the place that you were in, when you had that experience. We navigate space using some of the same neural pathways that we use to develop autobiographical memories. So what does that mean? It means nothing less than that architecture and the built environment is central to the formation of our identities. That finding alone gives the built environment a kind of importance and weight that nobody would have thought.

MCP: All of the science is going to continue to progress, so that we’ll know even more about how the brains works in the coming years. How do you see all that work helping us to build a better built environment?

SWG: I’ll give you an example. Thomas Albright is a scientist at the Salk Institute, who works on vision. He’s part of an organization called the Academy of Neuroscience for Architecture. He is interested in what he calls the phenomenon of co-linearity, which is the arrangement of one sequence in the same linear order as another sequence. The example that he gives is Thorncrown Chapel by Fay Jones. Of course that is parallel, but because you’re looking at it from below, they don’t look parallel, and they change as you walk through the space. The reason that people respond so well to co-linear patterns, Albright posits, is because those patterns resonate with the way that our visual system works and appropriates information. Just as we know, for example, that when we listen to music the neurons in our brain actually fire in the exact same pattern that we’re listening to as we hear it. Albright’s hypothesis is that something analogous is happening when we experience co-linear designs.

MCP: In the book, you were fairly critical about architectural education. You spent many years at the GSD. Tell me how your thinking evolved concerning the education of young architects.

SWG: One thing I was struck by when I was teaching history and theory is how off limits, not just at the GSD but everywhere I taught, the topic of built environmental experience was. If you brought it up, it often wasn’t long before someone would say—this was in the 1990s and the 2000s, when I was there—“Oh, that’s too subjective, we can’t talk about this.”

SWG: “Beauty,” you never discussed! This is because, throughout the academy, post-structuralism had such a profound influence. The cultural relativism that came out of post-structuralism, identity politics, and so forth, there was nothing wrong with it, but it became a sort of inviolable belief system. Even so, it wasn’t really until I was invited to be the architecture critic for the New Republic that I began to think seriously about what experiential design might mean. I didn’t want to be one of these, “It’s great!/It’s terrible!” critics. I had to develop a set of clear, critical criteria for how I was judging, and the reader had to understand what those were. That threw me back into the realm of “experience.” Because I started thinking, who am I writing for? What’s important? And the answer to me was obvious. What’s important is what’s on the ground, and how people respond to it. Ultimately, the architect’s intentions are of secondary importance.

Back to architectural education: I found that the paradigms that I saw students being taught, so-called “critical architecture,” left the user experience out of the equation. Because the fact of the matter is, whether a building’s structure is expressed, doesn’t matter at all to the user. What does matter is if they see and understand how the principles of gravity are working, or the methods of construction. Whether there’s an internal structure that has cross beams that you can’t see—nobody, except other architects, cares about that. If you can do something with that architectural idea that accords with the cognitive principles that people need, want, and seek in buildings, then great. But it’s is not an ideology of design, in and of itself.

MCP: And it’s often taught as that.

SWG: Yes, it’s often taught as that. The methods of construction are important, materials, details. All of that stuff is important. But structure itself, per se, as a guiding principle? I find a lot of these ideologies get at some of the cognitive things that are important, but it’s almost like they get there by happenstance, rather than through knowledge. In school, there were the tectonic people, on the one hand, and the “critical” people on the other hand, and the parametric guys, on the third hand. What was absent from a lot of these discussions was how the users would actually experience these spaces. 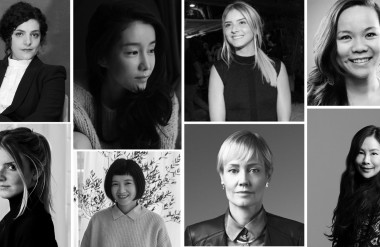 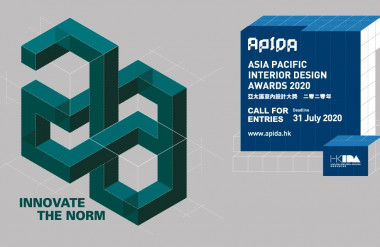 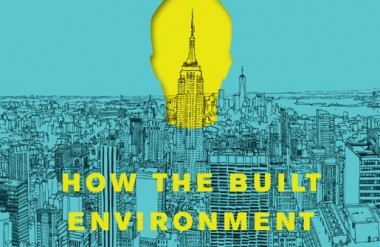 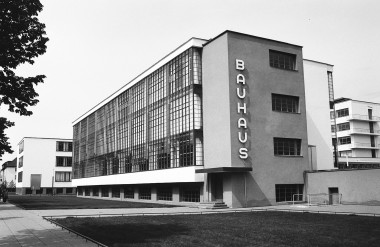 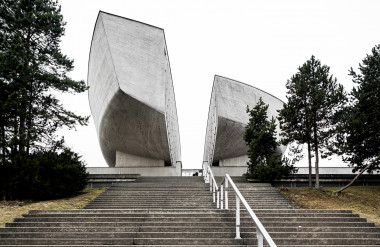 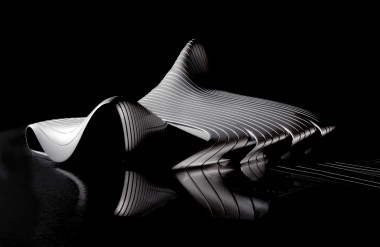