If we define “deconstructivism” (although it is not a verified word in the dictionary), it literally translates to the breaking down, or demolishing of a constructed structure, whether it being for structural reasons or just an act of rebellion. It is perhaps for this this reason that many misunderstand the Deconstructivist movement.

Deconstructivism is, in fact, not a new architecture style, nor is it an avant-garde movement against architecture or society. It does not follow “rules” or acquire specific aesthetics, nor is it a rebellion against a social dilemma. It is the unleashing of infinite possibilities of playing around with forms and volumes.

During the First World War, Russian avant-gardists, known as Russian Constructivists, broke the rules of classical architecture and composition and presented a series of drawings that defied the “geometric norms” at the time. Their critical point of view and experimentation with forms disturbed the traditional perception of architecture and opened people’s eyes on the endless possibilities of breaking architecture rules. Post war, the country was undergoing radical changes and revolutions, and the impact of these revolutions on architecture was inevitable. Architecture was seen as a high form of art, influencing and being influenced by society, and so, social revolution = architecture revolution. Geometry, whether in art or architecture, became irregular. Vladimir Tatlin designed a bent monument trapped inside a twisted frame for the Third International in 1919. Aleksandr Rodchenkopresented an experimental design for a radio station that portrayed all sorts of geometric experimentation and irregularity. However, these radical structures, as well as hundreds of others, never saw the light of day, and were left as sketches with an intriguing conceptual approach that were yet to be explored.

In parallel to the Russian Constructivist movement, the Modern Movement was paving its way. Perhaps it was the timing of both movements that forced people to blindly choose Modernism. The World War has just ended and people were desperate for the stability and refinement they so missed; Russian Constructivism didn’t stand a chance. Ornamentation was stripped off, only to leave people with clean-cut, elegant yet naked functionality.

Misconceptions surrounding deconstructivism may be the result of the terminology itself. The word translates to the act of demolishing, or tearing apart an existing structure, implying an act of rebellion. Deconstructivism was not really an impactful architecture movement or an artistic style that took the world by storm and altered architecture as we know it. It was a mélange of Russian Constructivism and Modernism, with a little bit of influence from Post-modernism, expressionism, and Cubism.

The term first appeared in the 1980’s, as an idea developed by French philosopher Jacques Derrida. Derrida, a friend of Peter Eisenman, developed the idea of fragmenting a building and exploring the asymmetry of geometry (inspired by Russian Constructivism), while maintaining the core functionality of the space (inspired by Modernism). The public first noticed the deconstructivist movement in the 1980’s during the Parc de la Villette competition, thanks to the winning entry by Bernard Tschumi, as well as Derrida’s and Eisenman’s design entry.

The style gained more attention during MOMA’s 1988 Deconstructivist Architecture exhibition, organized by Philip Johnson and Mark Wigley, which featured works done by Zaha Hadid, Peter Eisenman, Daniel Libeskind, amongst many others. Back then, Deconstructivism was not considered an established movement or a style such as Cubism or Modernism. Johnson and Wigley saw the similarities in the architects’ approach to design, and combined them under one roof.

Following Derrida’s theories and the “avant-gardist” approach of Russian Constructivism, architects began exploring spaces and volumes. The style was characterized by a loss of symmetry or continuity. It was architecture on steroids. Design rules were broken and “form follows function” was neglected, but somehow, the refinement and elegance of modernism remained. The structure’s skin was manipulated and altered into unpredictable geometric forms, but the building’s function was preserved. Basically, architects began having fun, and instead of asking themselves whether the design was practical or not, the main question was: Why not?

However, most architects have rejected the label of being “Deconstructivists”, distancing themselves from any sort of movement. Bernard Tschumi believed that “calling the work of these architects a ‘movement’ or a new ‘style’ was out of context and showed a lack of understanding to their ideas”, claiming that the style was merely a move against postmodernism. Unfortunately for them, the term resonated with the public, and their works have been referred to as “deconstructivist” ever since. In fact, their Deconstructivist approach to design created some of the world’s most iconic and award-winning structures to date, influencing hundreds of up-and-coming architects.

Latest Posts
How Architecture Affects Your Brain: The Link Between Neuroscience and the Built Environment
December 6, 2018

100 Years of Bauhaus: 10 Facts That Will Make You Look Like an Expert

A History of Concrete Molds, From Thomas Edison’s Failed Cement Company to “Habitat 67” 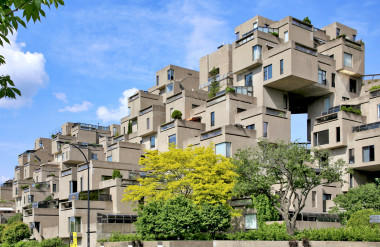 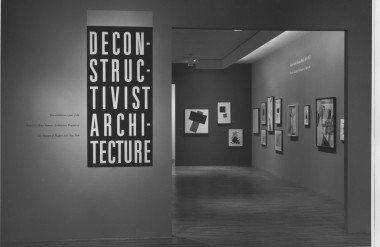 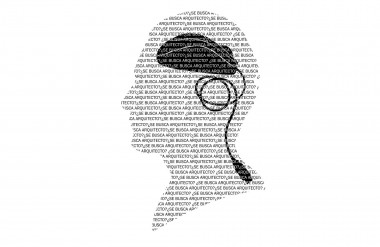 Dear Employers: Do You Want an Architect or a Revit Monkey?
November 7, 2018
“We are seeking someone with a Bachelor of Architecture with two years of experience. Knowledge of Revit, Vray, Adobe and… 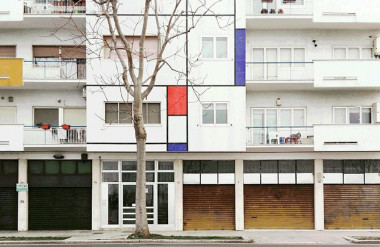 Why Are Architects So Obsessed With Piet Mondrian?
November 2, 2018
In the 1920s, Dutch-born artist Piet Mondrian began painting his iconic black grids populated with shifting planes of primary colors. By moving beyond… 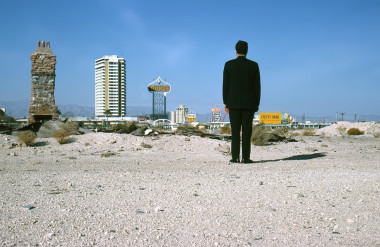 This Week in Architecture: Complexity and Contradiction
September 26, 2018
Robert Venturi – and the postmodernist movement he helped to form – was occasionally a divisive figure. For hardcore modernists,… 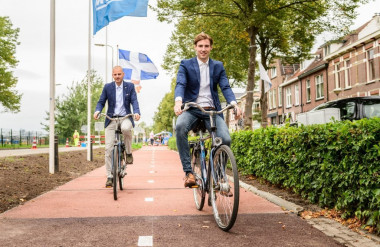 The Netherlands Unveils the World’s First Recycled Plastic Bike Lane
September 26, 2018
When it comes to sustainability, the Netherlands has always been at the forefront. In recent news, Zwolle, one of the…