Penda designed the tiny structure with MINI Living, as one of 10 conceptual homes that went on show for the China House Vision exhibition.

It is designed to to marry together the heritage of Beijing’s hutongs – the tightly packed courtyard neighbourhoods that are common in the Chinese capital – and ideas for the future of housing.

The tiny home is the fourth instalment of the MINI Living Urban Cabin programme, following installations in London, New York and Los Angeles.

The project sees MINI Living work with a local architect in each city to adapt a 15-square-metre structure, to explore ideas for how people could live comfortably in a home with a very small footprint.

To consider this approach in relation to Beijing, Sun drew from his own experience growing up in a hutong home.

The Urban Cabin houses a bedroom and living room on one side, and a kitchen and bathroom on the other, which each open onto a central semi-enclosed courtyard in the middle of the structure, described here as an “experience space”.

Sun added a swing to this space – a reference to his childhood memories of living in a hutong.

Sun added seven irregular white structures orientated at different angles to the roof of the cabin, which are inspired by the makeshift extensions that many hutong residents build to increase space in their homes.

The structures are lined with a reflective gold material. They act as periscopes – another reference to one of Sun’s favourite childhood toys – that provide the occupants with views of the city when they look up from the swing.

As with the previous architects that have collaborated on Urban Cabin installations, Sun worked with a basic modular structure designed by MINI Living’s in-house team.

“On one side you have everything you need for your daily life – that’s what the MINI Living design team creates,” explains MINI Living creative lead Oke Houser.

“Then we always invite a collaborator to give a local perspective on the city we’re in.”

A recurring theme of the MINI Living Urban Cabins is to blur the boundaries between private and public spaces.

The Beijing cabin features a translucent white mesh facade, while the interior is lined with plywood punctuated with a series of circular cut-outs, which allows light to pass in and out of the structure.

Panels in the walls  can also be opened up or rotated so that the occupants can share their space with people outside if they wish.

“We have all these modular elements in the cabin that can rotate and fold out of the facade,” says MINI Living designer Corinna Natter.

“For us, it’s really important that people can interact with our cabin.”

The MINI Living Urban Cabin is on show at China House Vision until 6 November 2018 at Beijing’s Olympic Park.

The Urban Cabin programme is part of the wider MINI Living project, which was launched by car company MINI in 2016 to develop architectural solutions for future urban living spaces.

Construction is currently underway on MINI Living’s first permanent building, a co-living space in Shanghai, which is due to open in 2019. 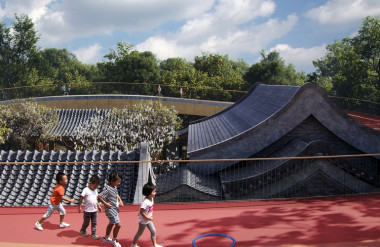 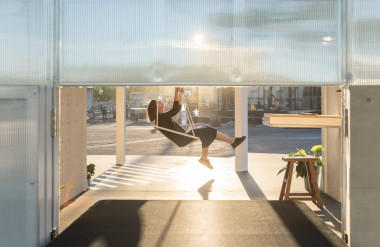 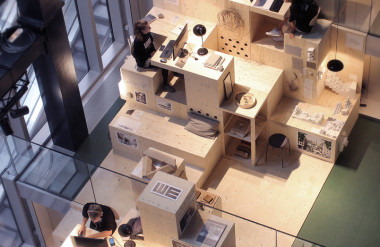 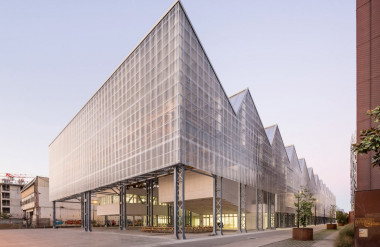 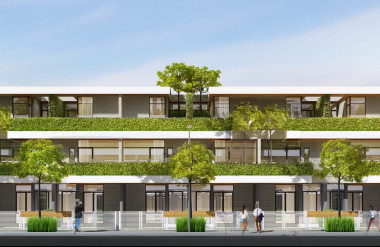 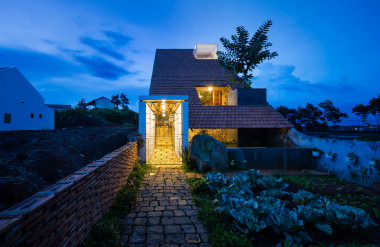 Uncle’s House / 3 Atelier
August 27, 2018
The story began in 2015 while we were doing a construction in Di Linh Highland. Our Uncle helped us look…